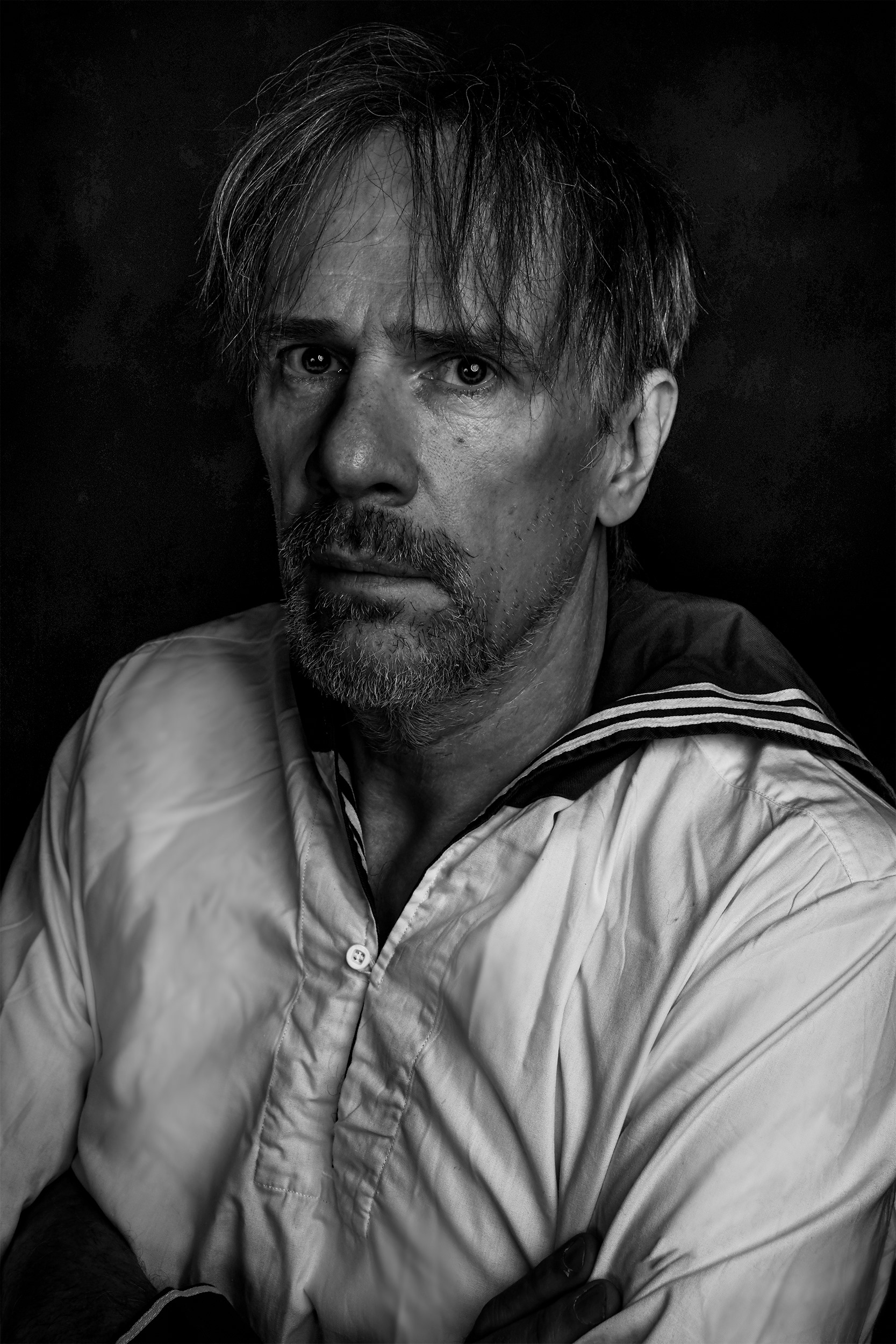 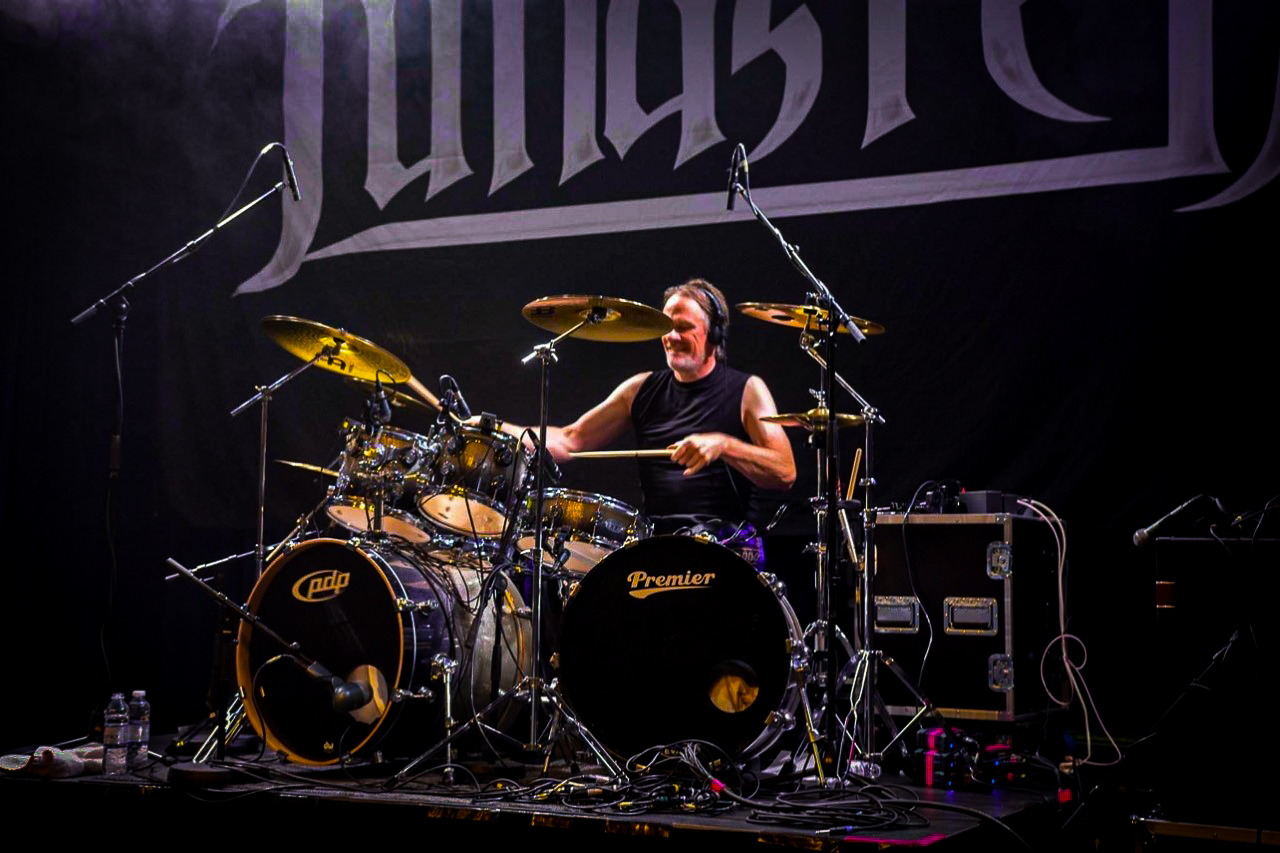 How did you get into playing drums?

I always thought the drums were the coolest in a band. Early on when I as a 6 year old got to see my father's band in a TV-studio I was really impressed by the drummer Egil Johansen. His drums were shiny - and loud.  And he seemed like a winner type with his outgoing personallity. I wanted to be a drummer too... When we started a band (Slem) as kids we altered instruments at first (I sometimes played organ or guitar) but after a while we got specialized. I chose the kit more and more often. After a while I was a drummer.  I thought about drumming all the time. I had sticks with me everywhere. I was obsessed.

You also have a project with your brother Jens (from Stratovarius). You play bass instead of drums there. What do you prefer playing?

Drums! Since I feel more at home there. But playing bass is different and interesting. The whole concept we are having is very different from what we normally do. But also challenging. I also do the talking on stage. It is not my usual position. Backstage, the music, -  it's all very different than rock.

Was it always obvious your career would take the music part instead of any other profession?

No. I never really thought it would work. Back then in Sweden no one really had made a living out of music, at least not outside of Sweden. Abba was around. That's it really. This was before Europe etc. I thought I might join Abba. After all... I was the best drummer in Sweden... in my own mind. :-) Then again as young and inexperienced it is usually your head and your ego that gets blown out of proportions. I went to electrical engineering school for four years and directly after that tele-combat school in the Swedish navy (mandatory). At the age of nearly 22 I started to give up. Abba disbanned and the band I was in, Silver Mountain, was not really making the progress we expected. I enlisted for five years in collage at technical physics but before starting I went to Yngwie and asked him if I could join his band.  I could and for this I owe him eternally... or I would have to become a civil engineer. But in hindsight, it would have been ok too. Being a musician is not always the glamour and excitement people think.

When I was younger I had issues with self respect and I wanted to "show everybody" I amounted to something. It was also because my father was famous and people kept comparing me with him all the time, which I hated. Maybe since he died early on and it brought back bad memories. I wanted to matter too.  But being a musician you get to see the world and you have to deal with different cultures which is very interesting. This is also true if you are a travelling engineer. In case I would have become one... I would have liked to be travelling.

Where do you get your inspiration from?

From other drummers - or other musicians. Or I come up with stuff myself derived from other things I have heard. Texts from life or thoughts in general. I don't write that much lyrics though. Every time I have tried they have been too out there.

What song are you most proud of and why?

Fusion or neoclassical songs from the past where the drumming was demanding. Or songs I played with famous bands. With Tungsten I like the song Tundra - it was demanding to get it that tight.

What was the show you remember the best and why?

A gig with Jonas Hellborg and Shawn Lane (rip) in Eslöv, Sweden. It was very strange and very bad. Shawn had been taking sleeping pills and had a bunch of alcohol before the gig and fell asleep during the gig - he normally was the best guitar player that ever lived maybe. But not this night. First he started picking on the actual wood of the guitar and later in the air. Then he passed out on stage. Jonas and I kept playing. Afterwards Jonas wanted to punch Shawn. But he didn't.

What kind of music do you listen to in your free time?

I search around in Spotify for interesting music. Can be anything but usually it is progressive stuff.

What musician or music has had (or still has) an influence on you?

I like jazz players from the 50s and 60s. The Deep Purple musicians had a big influence as well. Later the musicians from Frank Zappas Band.  Michael Brecker. Allan Holdsworth. Drummers: Terry Bozzio and Ian Paice.

What is your habit before and after a live show?

Right before I tie my shoes hard one extra time and have a bottle of water. It is annoying if the laces come untied while playing. An hour before I try to get to the dressing room to hang out and maybe have a coffee. I dress into stage clothes  10 minutes before... or less. Drummers clothing is usually cold. I never ever drink any alcohol before a gig for several reasons - people have paid to see the band, you get tired faster and you never know who is in the crowd. Might be a future employer. If you play sloppy, which you do if you drink, it is not good if they think you are worse than you actually are.

Do you prefer small club concerts or big Festivals?

When bands say they prefer small clubs they say this since they don't sell out the big arenas. "We are going to do a tour where we get closer to the fans" means: "We are not as popular any more". But really - a huge festival with 80,000 people is very exciting but as a drummer you are 25 meters away from the first person in the crowd. A club is nice too - it's not so serious and you have more fun. Then again - I have played in bands that play huge arenas and they are so experienced we had a lot of fun on stage even though there were 80,000 people in the crowd.

Where do you think your life has taken you in about 5 years from now?

I think I will be doing the same thing as now in some way. The last 35 years have been pretty much similar.